A Big Surprise from The Louisville Youth Philanthropy Council 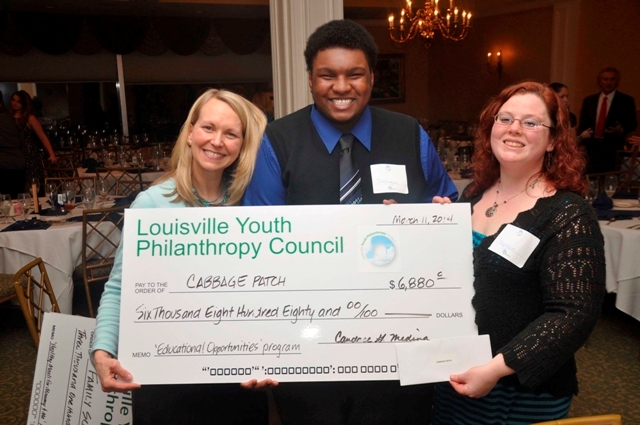 When you support The Cabbage Patch, you support an enduring tradition of service, passed down from one generation to the next. An overwhelming number of Cabbage Patch participants develop a sense of purpose that leads them to become role models and inspire ambition in others. Recently, Cabbage Patch Educational Opportunities Manager Mayghin Levine and one of our star Patch kids got a big surprise from The Louisville Youth Philanthropy Council (LYPC) that will help to continue this legacy!

The LYPC is a non-profit organization that gives teenagers the opportunity to learn how to run a non-profit philanthropic foundation – and then helps them to put what they learn into practice by making grants in the Louisville area. The organization’s Team Passion Punch selected The Cabbage Patch for a grant because we share their belief in empowering children to be their best selves. 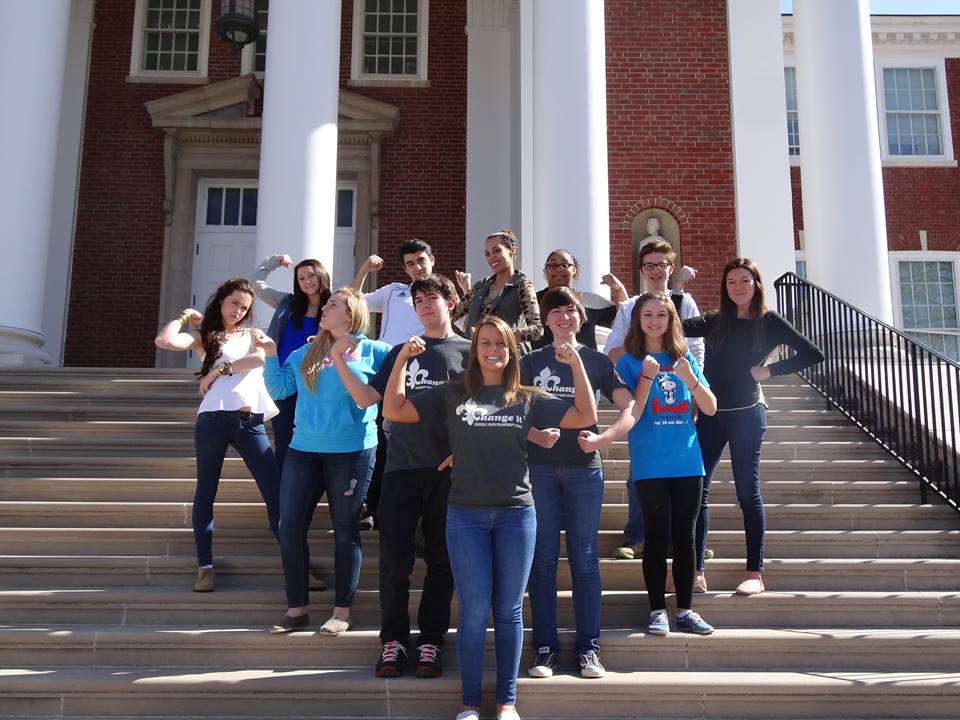 Our model Patch kid, who has participated in our programs for 13 of his 17 years, attended the LYPC Celebration Dinner along with Mayghin to accept the $3440 grant to help pay for ACT prep classes, college readiness programs and a college tour summer camp for The Cabbage Patch. The LYPC was so impressed with his dedication to success that they asked him to say a few words to the crowd.

While waiting to receive the grant, he focused on his opening line, Roosevelt Chin’s famous quote, “You don’t work your way out of poverty, you educate your way out,” in order to ward off the nerves that were taking over. Imagine his distress when that very quote was included in the introduction! “They stole my quote!” he whispered in panic. Mayghin reminded him that all his hard work at The Patch prepared him for moments just like these. “Just be sincere,” she encouraged him.

He took the floor. “Well, I’d like to start by saying…they stole my quote.” he said. “I was going to share that again, but it’s OK. I’m a smart guy and I have a few good ones of my own.” The audience laughed, and he continued. “Once, during leadership development, we were taken out to eat. All of us were wearing our Patch shirts and someone asked us ‘What does The Cabbage Patch do?’ I looked up at them and said ‘The Cabbage Patch teaches us, so we can teach others.’ And it’s true. It betters me so I can make the world a better place. This grant will help them help me, so I can help others. Thank you.” At this point, many audience members were in tears, and the applause was overwhelming.

The big surprise came when emcee J.P. Davis stepped up to the microphone and announced a slight adjustment in the evening’s proceedings. LYPC members Sophia Samutin and Tiara Alonso stepped up, and excitedly asked the grantees what we would do with TWICE the money. Everyone was in awe as they announced that an anonymous donor had matched the grants, and everyone was receiving twice their original amount. Our star Patch kid was nearly in tears as he accepted the check. Thanks in part to his inspirational words and hard work, The Cabbage Patch went home with $6880 to put towards college readiness and ACT training for teens! We are so thankful for our dedicated Patch participants who inspire community partners like LYPC to support our mission.