Around the World in 5 Days!

The children of The Cabbage Patch explore global culture without leaving Louisville in our Around the World Day Camp! The food, crafts, music and other traditions from a variety of regions make up an exciting week of discovery.

This year, highlights of Around the World Day Camp included a dance performance and workshop by the McClanahan School of Irish Dance, and a Brazilian jazz concert. 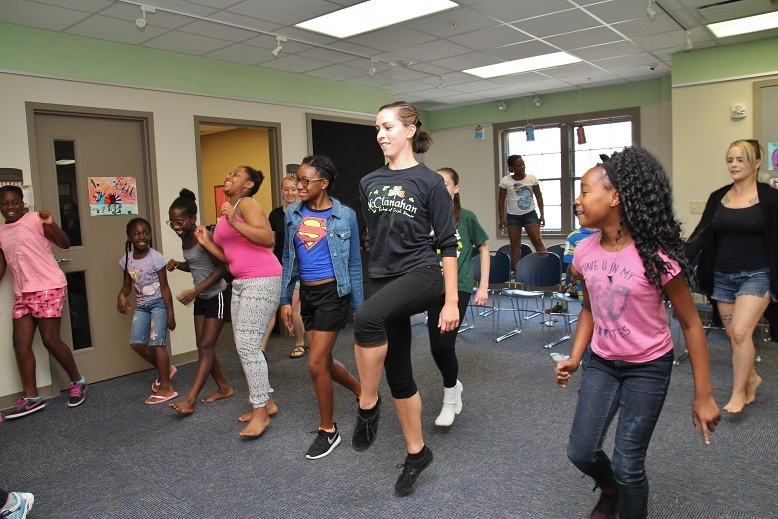 Around the World camp participants learn that Irish dance is, in fact, just as hard as it looks!

The Irish dancers who visited us shared two very interesting theories about why Irish dance looks so unusual. The first theory is that Catholic priests were wary of dancing, but people found that if they didn’t use their arms, they were not really dancing WITH one another, and therefore it was not so scandalous. The other theory is that in old Irish castles, there were networks of narrow tunnels where watchmen would stomp out messages as enemies approached. This may have evolved into a form of dance!

During the Brazilian jazz presentation, the children were very interested to hear about how one learns another language, in this case, Portuguese. The musicians explained how they traveled to Brazil and were very careful to listen and learn from the local people. Their lesson made a wonderful impression on the campers, who enjoyed the music while also learning the concept of being open to exploring other cultures.

Now that the children have been around the world in 5 days, there is no telling where they might go next! A geography lesson, an unfamiliar food or a new piece of art could be their next educational opportunity. They are excited to listen and learn!