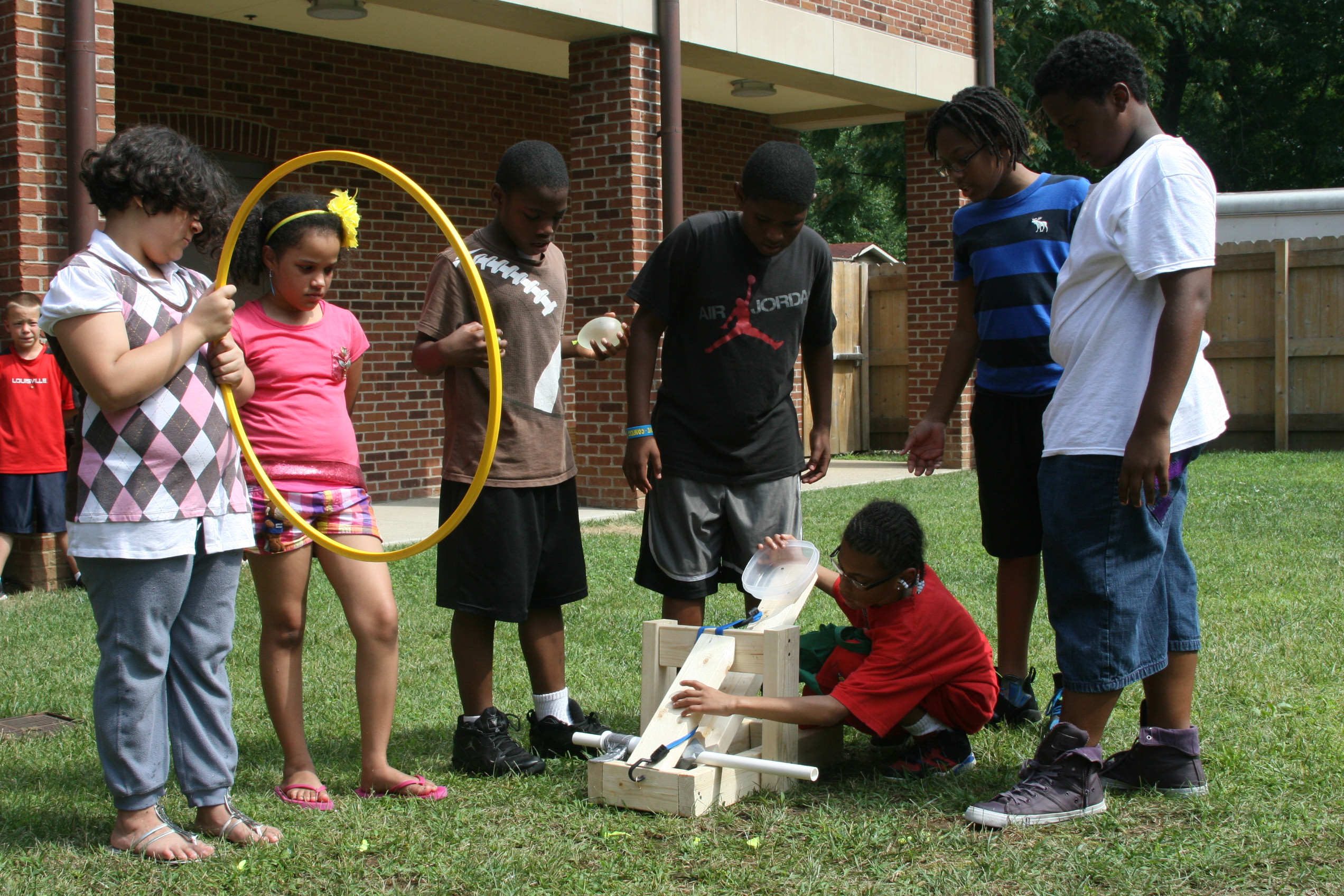 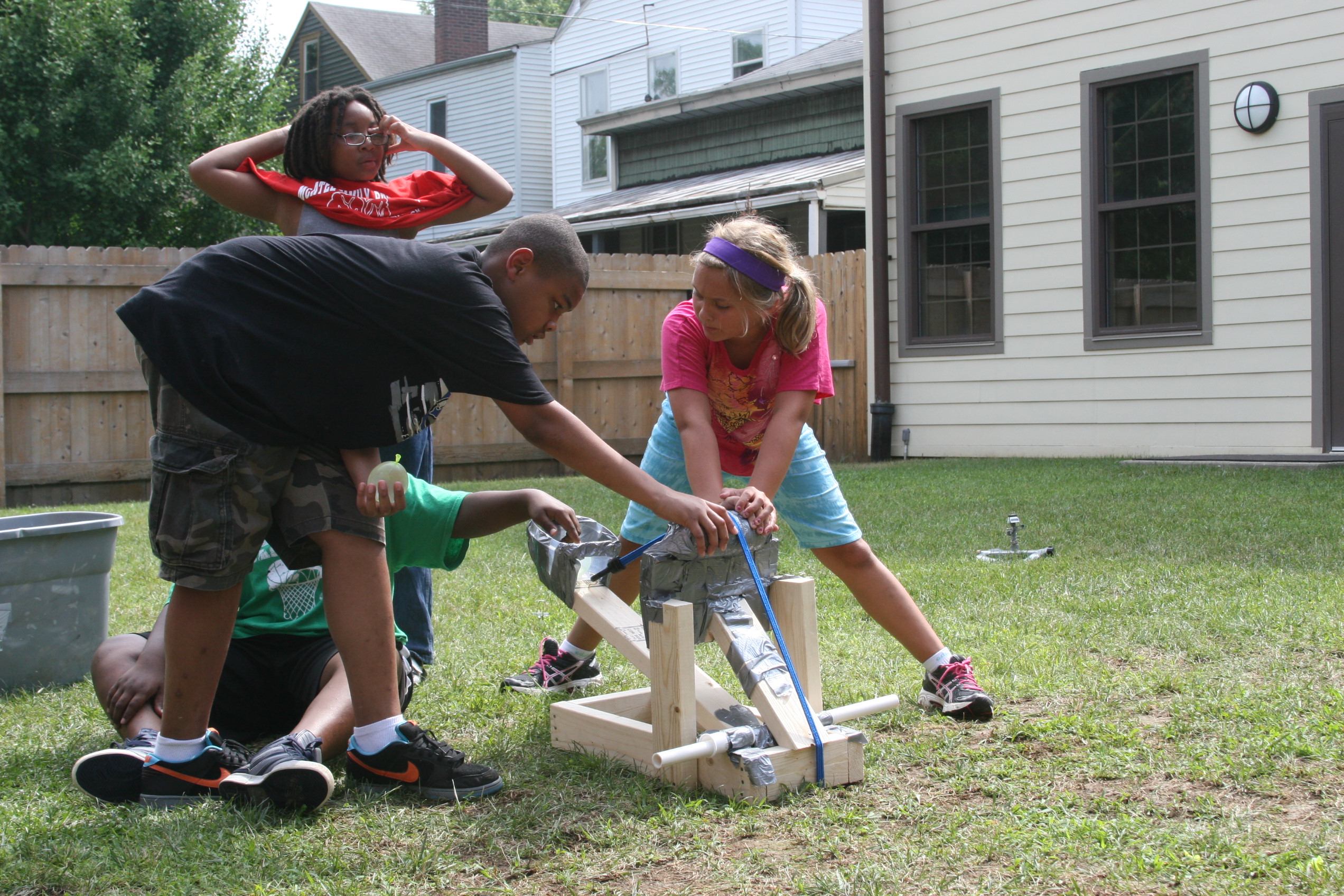 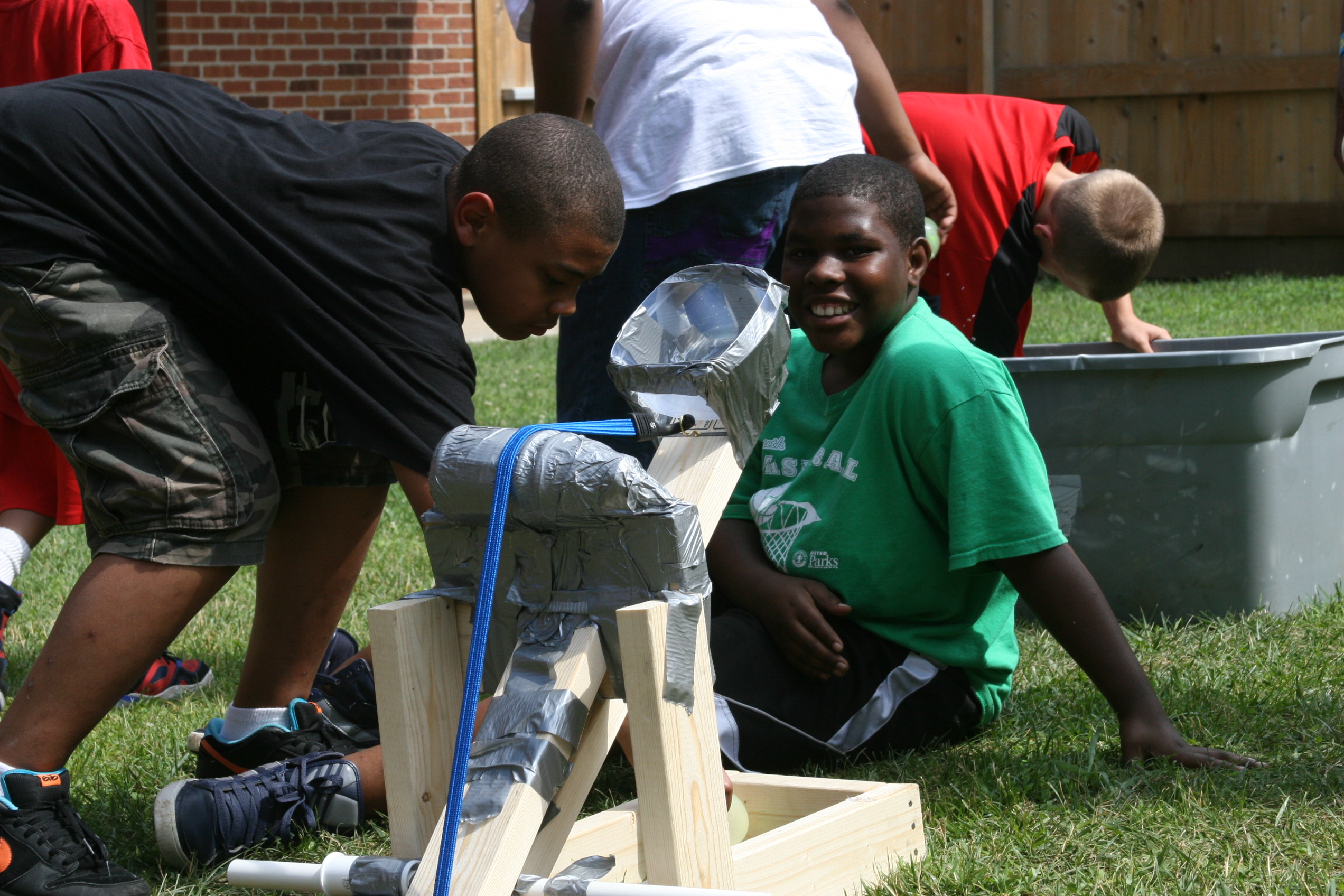 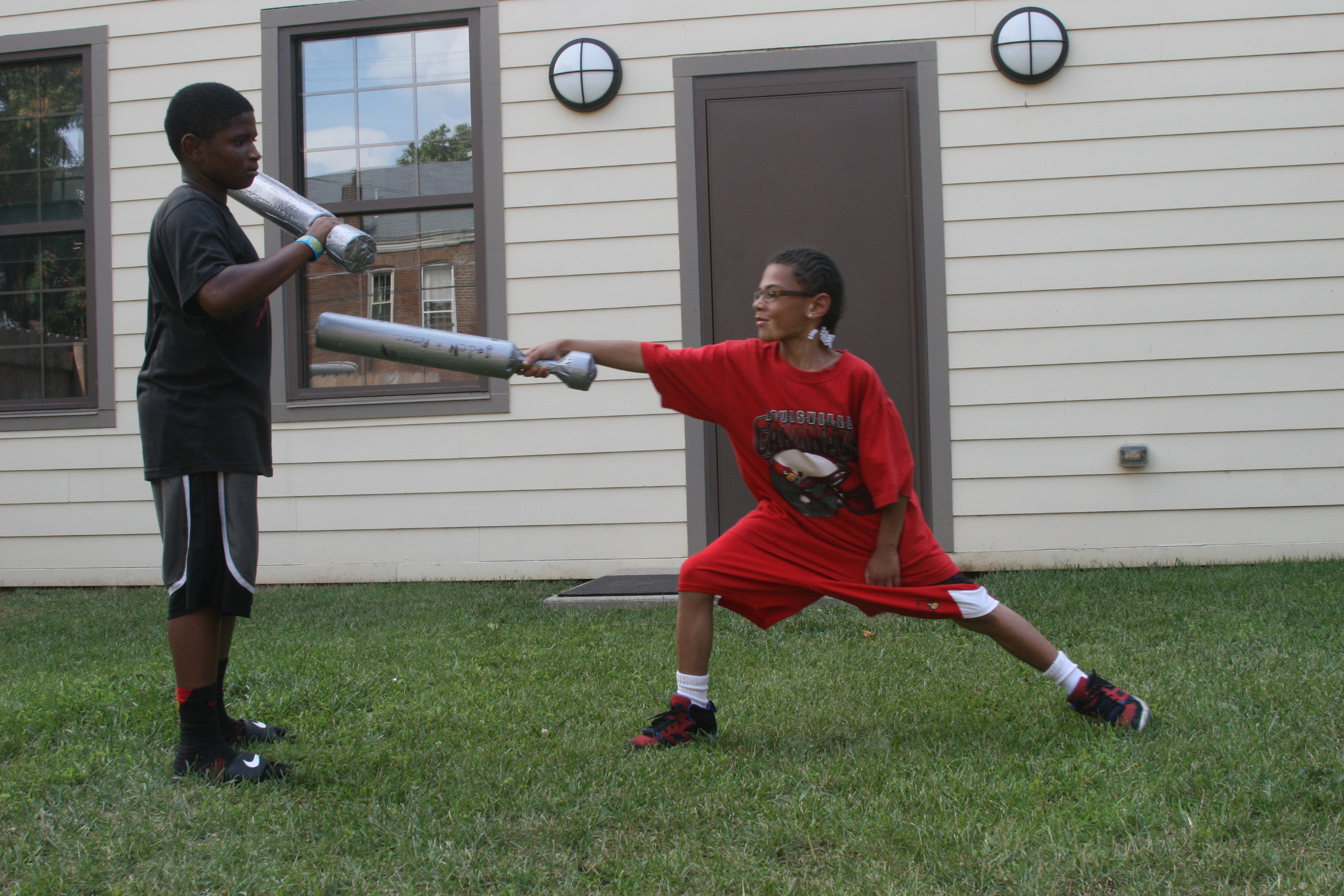 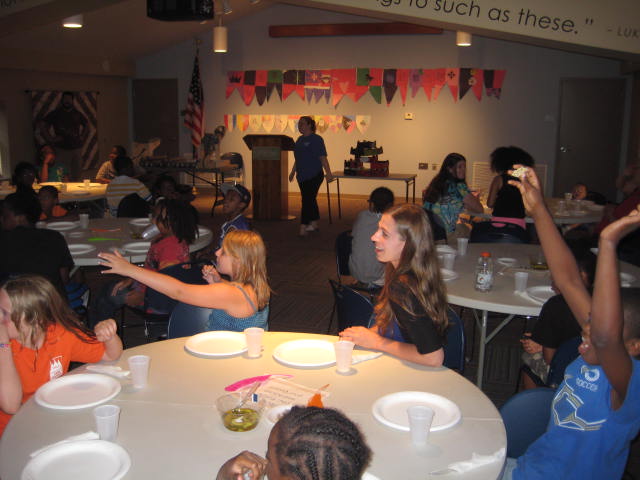 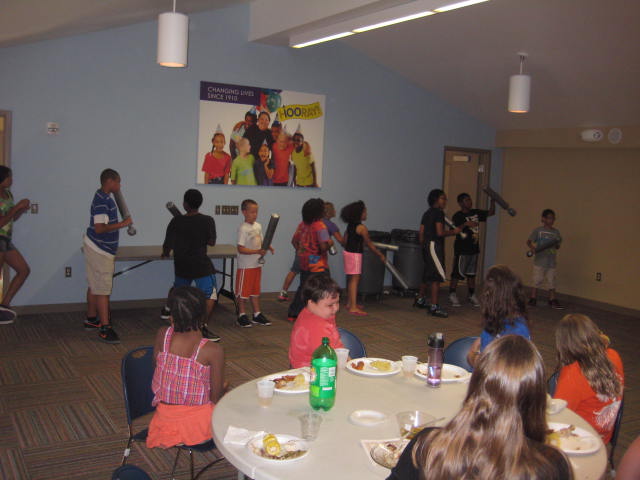 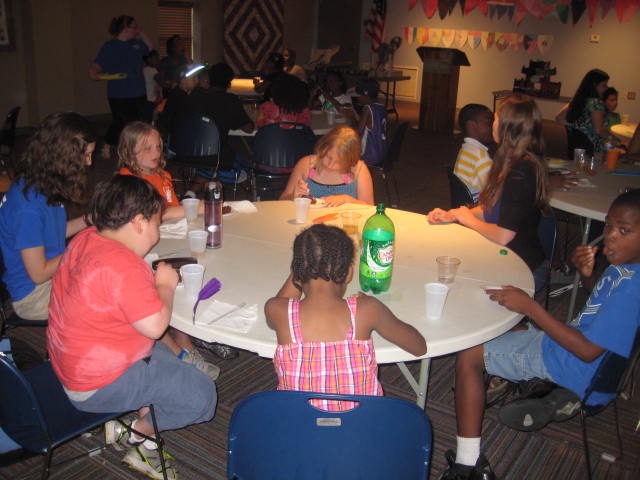 Overall, the camp was focused on teaching art and history. Campers learned about heraldry and what the symbols and colors used in medieval times represented. Then they were able to design their own heraldry based on how they each wanted to be seen. One of the activities during the week included making their own catapults from wood, nails and PVC pipe. Experimenting and trying new things was essential to building a successful  catapult.

Children and youth in the Medieval Camp also brought out their culinary skills at the end of the week and cooked for 39 people in Holladay Hall, including their parents, another camp group and each other. The meal they prepared included roasted chicken and root vegetables: food items used in Medieval times.

In addition, “medieval mac and cheese” was made for the picky eaters, Mayghin Levine, Manger of Educational Opportunities, said. Since the campers had been talking about sanitation, they decided to call their brownies “mud pies.”

The power of “knightly and noble ways” became clear on the first day of camp, when one boy was misbehaving and almost got in a fight. A counselor-in-training pulled him aside to talk about his behavior.

“He told him he had to act like a knight, and after that the camper was one of the best behaved kids throughout the rest of the camp,” Mayghin said.

That camper was not the only one who walked away with more “knightly ways,”  by the second day of camp many of the campers were encouraging each other, to be more, “knightly” and “act more nobly.”