It’s okay to be a little dramatic with Performing Arts Day Camp! Our children were encouraged to get in touch with their emotions and express them in creative ways as we got into character to put on a theatrical production. 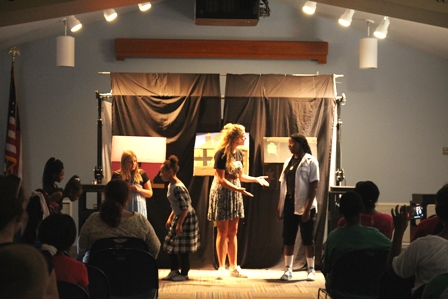 From set design to acting, campers learned the ins and outs of the performing arts. Whether a child was interested in the spotlight or behind the scenes work, there was something for anyone who wanted to be part of the team. The final production, Into the Woods, was a creative, modern re-interpretation of classic fairy tales that was performed for an enthusiastic audience of family and friends. 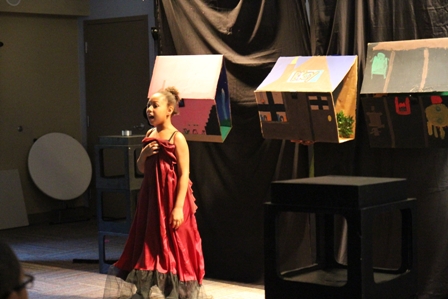 This young camper said that her favorite line was “The king is having a festival!” She was excited to deliver it because she didn’t have to hold back-even if she was nervous, she could channel all her energy into making her character sound excited.

The arts encourage creative thinking, visualization, poise and confidence. By encouraging young people to perform in front of a crowd, we aim to foster public speaking and leadership skills. We were so excited to see this group of campers excel and develop their performance abilities! Now that you’ve seen how brave our children are, what are you inspired to do outside of your comfort zone?