The Art of Flavor: Lessons From Young Chefs’ Camp!

“In the same way that an artist creates with paint, or a musician creates with notes, I make art with flavor,” said Chef Anthony Lamas of Seviche during Young Chefs’ Camp. The campers were visiting the award-winning Highlands restaurant and learning about how Lamas’ Latino heritage inspired his culinary career. 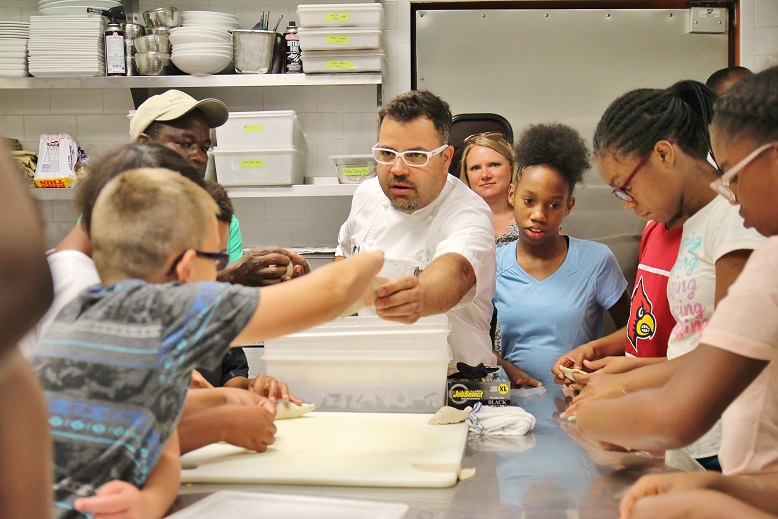 “This is like my first album,” he continued, as he showed his cookbook Southern Heat to campers. “I always wanted to make a cookbook, and I did, but it took me years to get to that point. So whatever you want to do, just get started and you can do it! You want to be a doctor? Do it! It will take hard work, but you CAN do it” 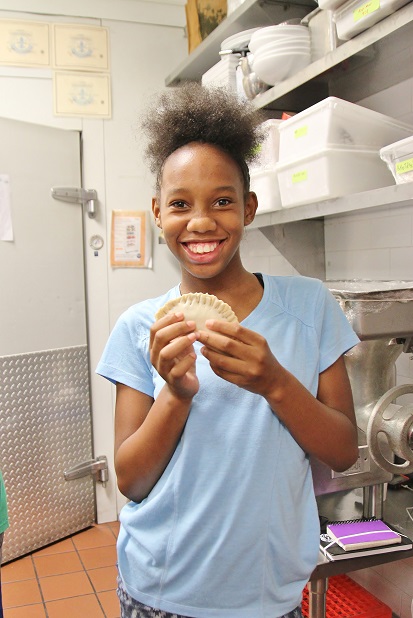 Campers joined Chef Lamas in the kitchen at Seviche to make their own empanadas. Some were stuffed with chicken and others with locally raised bison, and Chef Lamas explained how delicious and healthy it is to eat local ingredients. This lesson reinforced what they had learned earlier in the week through visits to Harvest Moon Farm and Oxmoor Farm. 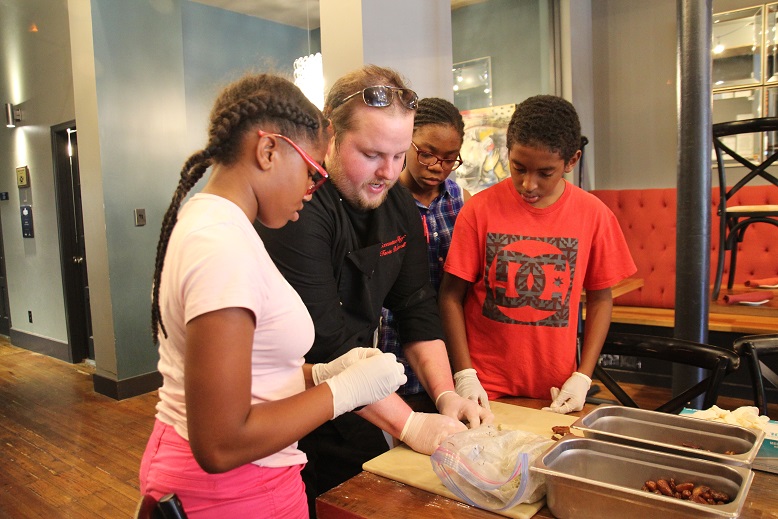 At Louvino, another acclaimed Highlands eatery, Chef Tavis Rockwell put the kids to work. They were amazed when they learned that the stuffed dates they were prepping would be served to diners that very night! It was clear that the campers were very purposeful as they rolled each piece in bacon, honored that their handiwork was truly a part of the menu! Their reward came in the form of fried chicken tacos. Chef Rockwell asked how the children liked their lunch. “I don’t like it,” answered one camper. “I LOVE it!” 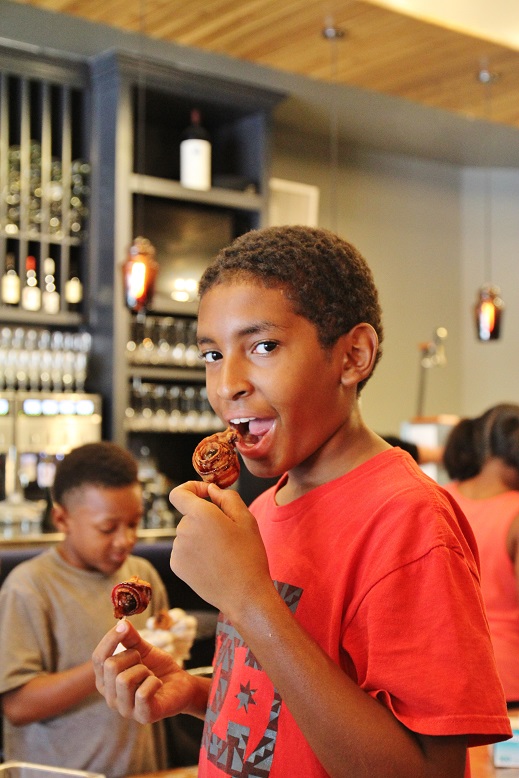 Supporters like registered dietician Bonnie Logsdon, Harvest Moon Farm, The Crane House, Louvino, Oxmoor Farm and Seviche (some of our Young Chefs’ Camp partners) make education a community-driven experience for the children served by The Cabbage Patch! Thank you for your generosity, which assures that all children have access to summer camp.